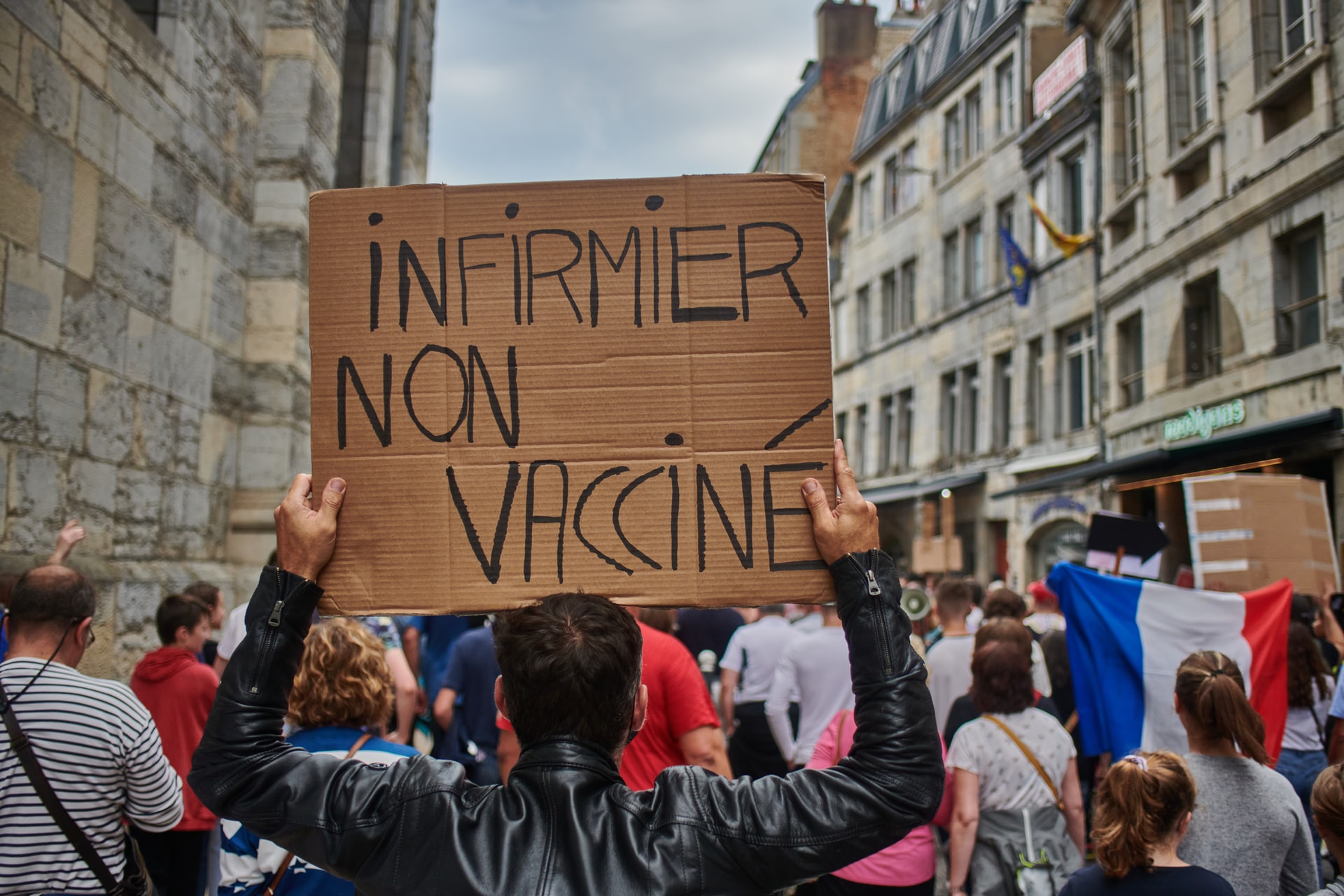 Fear & Confusion in the Time of COVID

First of all, my sincere condolences to anyone who has lost someone to COVID-19, because it is a reality. I can’t say definitively that my position about the vaccine would be different had I lost someone close to me from the disease. Knowing myself however, I feel I would still be looking at the situation devoid of emotion. To everyone who has chosen to get vaccinated and haven’t suffered any side effects, I’m glad for you, and wish you well. If you feel that was the best decision for you, and pass no judgement upon others, I respect that.

I consider myself fortunate to have been born before the Internet was mainstream. Specifically, I’m referring to having had a childhood where my human interactions weren’t tampered with by social media and the like. There were no everyday “keyboard warriors” protected by distance, quick to judge others simply for having an opposing viewpoint, or because they have issues in their own lives they haven’t dealt with. They’ve been emboldened over the past two years.

Rather than whine about the recent lockdowns for non-vaccinated people, I want to state that as Black man descended from victims of American slavery (I don’t call them slaves because words matter), I feel I never have a right to complain about anything; I constantly remind myself that I exist because my ancestors survived through unspeakable horrors. That and being a military veteran means I’m quite comfortable being uncomfortable for longer than average. What I’ve seen through these restrictions is that many people are not, and will compromise anything to just to be able to enjoy ease and creature comforts in life. I exclude Australians because their government’s response was very extreme.

Now, when fear and confusion are the main drivers behind any story, you’d be wise to step back and take an objective look at the situation. Do your research by listening to all sides, and trust your instincts. It doesn’t matter if the lie is coming from a child, or a coordinated effort between government, the pharmaceutical industry, and mass media. If something doesn’t feel right, you’ll know it. That’s part of our evolution as human beings.

“Whenever you find yourself on the side of the majority, it is time to pause and reflect.”

One sign of a dangerously ignorant person is their unwillingness to consider, or worse, even listen to a different perspective. This is where we are, worldwide right now. I’m not speaking about those who chose to get vaccinated and go about their business. I’m speaking about those who chose to get vaccinated and now feel they have the right to attack those of us who’ve decided not to. No matter how proudly they spread this vitriol through passive-aggressive or direct comments and actions, it’s clear to me their choice was made out of fear primarily, followed by selfish motivation. And we’re all flawed humans, so that’s okay. It’s just better to be honest about it.

As a photographer, I’m keenly aware of peoples’ body language. More than once, I’ve watched people at a store or restaurant show their vaccine passport with excitement, an air of superiority, or a mix of the two. It’s a very strange, yet expected thing to witness because as I’ll mention below, I knew these days would come. People who press the issue of getting vaccinated sometimes push the false claim of doing it out of solidarity, and to protect others. The truth is many people do it because they want to be able to move freely. For them, it’s easier to get with the program than to step out of a comfort zone. Again, all I ask is that you’re honest about it understand the true cost of that decision.

“Nothing in the world is more dangerous than sincere ignorance and conscientious stupidity.”

What I’ve been alluding to is that one of the greatest tragedies of this pandemic is the sustained attack on free thought. Saying anything outside of the prescribed narrative earns you a set of labels such as: “COVID denier”, “anti-vaxxer”, “querdenker”, or “conspiracy theorist”. You’re immediately mocked for doing your own research as if mainstream media and politicians are infallible, and we don’t have the access to a world of knowledge through our smartphones. Even worse, you’re automatically assumed to align with Trump supporters and Nazis. Ironically, Germany’s seen this line of thinking before, and it didn’t end well. At this point, you’re even called crazy for drawing that parallel. As the saying goes, history doesn’t always repeat itself, but it does tend to rhyme.

It’s a scary and wildly irresponsible time we live in. Mass media is a powerful beast that has been doing the work of manipulating people for decades now, and this is the greatest example I’ve seen in my lifetime. A close second is the rampant racism and violence that was championed following the twin tower attacks in 2001. Just a thought: If you didn’t watch the news or follow social media, would you know there was a pandemic?

My personal 30,000 foot view is that this is a huge experiment in human psychology, and the trial phase for this vaccine is happening in real-time. I have my suspicions about the motives behind it all, but I won’t get into that here. I’ll speak on my personal reasons for refusing the vaccine which are:

That fourth point is a major issue for me because the side effects and deaths are very random, and the suffering of many victims is being suppressed. Doctors very often refuse to attribute their problems to the vaccine when that’s clearly the only new variable that was introduced. For anyone in Germany who is having trouble being heard, please follow @freechoice2021 on Instagram, and visit the link in their bio where people can report side effects and connect with other victims: https://nebenwirkungen-covid-impfung.org/. The account is ran by a couple who are both vaccinated and suffered life-altering side effects afterwards. They’re doing the work to make sure this doesn’t get swept under the rug.

This pandemic has taken many surprising turns over the past two years, and some of my instinctual feelings came true. Three in particular are:

My other feeling is that governments will back off of the story, and all of the major restrictions will be repealed by spring/summer 2022. Although there is talk of compulsory COVID vaccination here in Germany, I don’t see that happening. Protests are already picking up, and things could quickly get violent if that is imposed. Of course, I could be wrong about all of it, but we shall see…

Yes, this is devastating, but I love a good crisis. When the pressure is on, people show you who they really are. Remember this time. Write. Take pictures. Collect screenshots of the news coverage, memes, and comment sections. These snapshots of society’s psyche are very important. Whether it’s family, friends, or businesses you’ve supported (I know many businesses don’t have a choice however), remember who switched up on you and proudly waved the flags of compliance and discrimination.

For all of the fake activists who’ve turned a blind eye, yet normally jump to support every oppressed group because it’s trendy (think of all the black squares on Instagram in 2020), here’s a thought: Are you really about equality for all, or have you just found a particular flavor of discrimination to rock with?

Lastly, for those who have a fear of being “cancelled” by today’s hypersensitive society for speaking truth from your heart or deciding what you want to do with your body, just remember: Not everyone’s opinion has value, nor defines you as a person. There is no higher virtue than being true to yourself in the face of opposition.